The Kansas Notable Books List is the annual recognition of 15 outstanding titles either written by Kansans or about a Kansas related topic. The Kansas Notable Book List highlights our lively contemporary writing community and encourages readers to enjoy some of the best writing of the authors among us. A committee of academics, librarians, and authors of previous Notable Books identifies quality titles from among those published the previous year, and the State Librarian makes the selection for the final List. A medal awards ceremony honors the books and their authors. Kansas Notable Books is a project of the Kansas Center for the Book, a program of the State Library. Throughout the award year, the State Library promotes and encourages the promotion of all the titles on that year's list at literary events, and among librarians and booksellers. 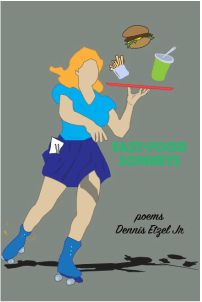 These well-crafted poems examine the diverse sides of working in the fast-food industry, exposing the injustice along with the absurdity. Working Drive-Thru observes the tedium: “Sometimes the line dies/down at night, quiet, and you can lean out/with the window open, into/the cool wind-.” Poems such as Small Fry speak to the poet’s formative years, to the epiphanies and heartbreaks of feeling trapped in a job. “Think of how the sun feels outside, compared/to the heat lamps reflecting off the back/mirror. How the beach feels, as salt gets stuck/under your nails with the frying oil.” 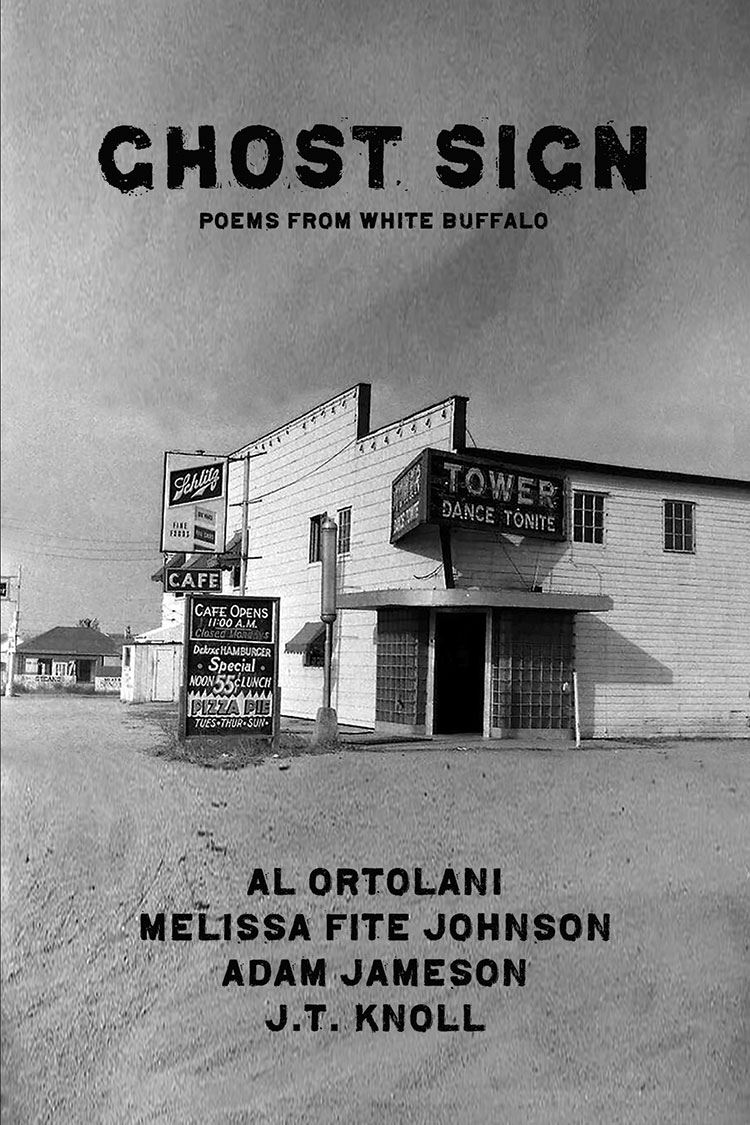 In the 1920s and 1930s, Pittsburg, KS was a major coal-mining town, attracting various ethnic groups from southeast Europe and beyond. The often belligerent and divisive spirit of the miners earned the region the nickname, "The Little Balkans." The poets in this collection carry forward that same independent spirit. They call themselves White Buffalo, after a now-defunct café in Pittsburg that offered writers, poets, and musicians a place of community. Ghost Sign is rooted in folklore and mystery, shaped by strong imagery: sunlight on the crater of a strip pit, railroad men, and a grandfather at a piano plunking out Methodist hymns. With craft and passion, the poets resurrect those lost places from the forgotten past of Southeast Kansas. 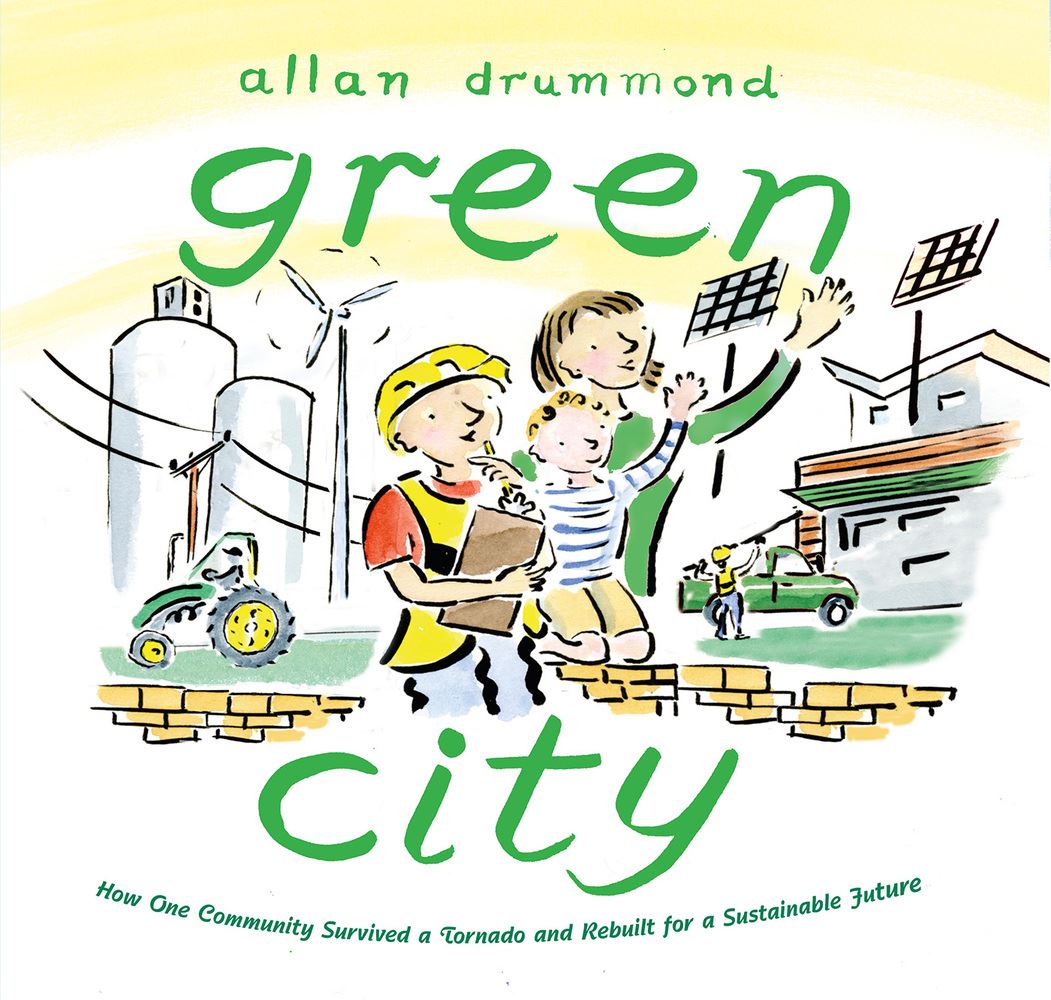 Green City: How One Community Survived a
Tornado and Rebuilt for a Sustainable Future by Allan Drummond (Suffolk England)
Published by Farrar Straus Giroux Books for Young Readers

In 2007, when a tornado struck and all but obliterated Greensburg, Kansas, it could have been the end of the town. But amid the rubble and destruction, some residents resolved to rebuild better than ever, and they began by asking one big question: What do we want to be now? The answer soon became clear: Building for the future meant building green! Told from the point of view of a child whose family rebuilt after the storm. The bright watercolor illustrations and lively text tell the exciting story of how, in the face of tragedy, a community joined together to create one of the greenest towns in the United States. K-3 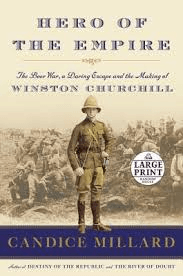 Hero of the Empire: The Boer War, a Daring Escape
and the Making of Winston Churchillby Candice Millard (Kansas City)
Published by Doubleday

At the age of twenty-four, Winston Churchill was utterly convinced it was his destiny to become prime minister of England. He arrived in South Africa in 1899, valet and crates of vintage wine in tow, to cover the brutal colonial war the British were fighting with Boer rebels and jumpstart his political career. Two weeks later, Churchill was taken prisoner. Remarkably, he pulled off a daring escape—crossing hundreds of miles of enemy territory, alone, with nothing but a crumpled wad of cash, four slabs of chocolate, and his wits to guide him. Hero of the Empire is more than an extraordinary adventure story, for the lessons Churchill took from the Boer War would profoundly affect twentieth century history. 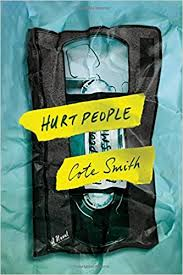 
It’s the summer of 1988 in Leavenworth, a town shaken by the escape of a convict. For two young brothers, the only thing that matters is practicing cannonballs the pool in their rundown apartment complex. Their mother forbids the boys to swim alone, but she’s busy working, trying to make ends meet after a divorce from their policeman father. With no one home to supervise, the boys meet a mysterious stranger who calls himself Chris, and is too interested in boys half his age. As the older brother and Chris grow closer, the wary younger brother detects the danger of this new friendship, and desperately tries to keep his brother from slipping away. 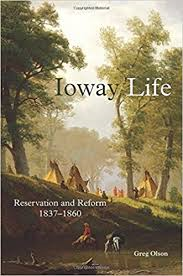 In 1837 the Ioways, an Indigenous people who had called most of present-day Iowa and Missouri home, were suddenly bound by a treaty with the U.S. government to restrict themselves to a two-hundred-square-mile area west of the Missouri River. Forcibly removed to the newly created Great Nemaha Agency, the Ioway men, women, and children, numbering nearly a thousand, were promised that through hard work and discipline they could enter mainstream American society. All that was required was that they give up everything that made them Ioway. This is the first detailed account of how the tribe maintained their traditions and identity in the face of efforts by government officials and missionaries to promote assimilation into the American mainstream. 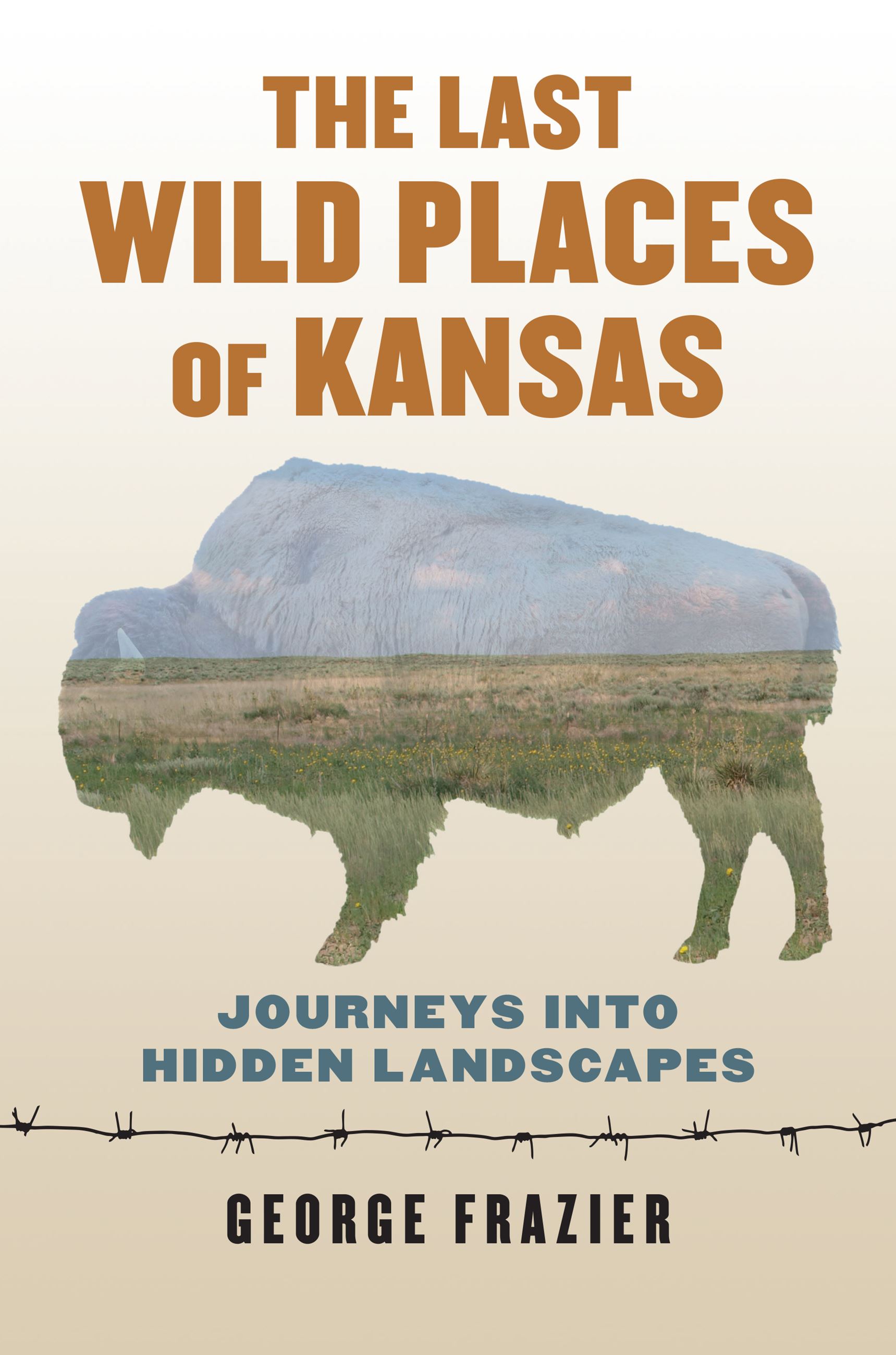 This eye-opening travelogue of nature's secret holdouts in the Sunflower State takes readers from the unexpected wilds of the Kansas City suburbs to the Cimarron National Grassland in the far southwestern corner of the state. If you look hard you can find where tenacious stretches of prairie, forest, and wetland preserved lost, wild America. These are places where cold springs feed ancient pools; where the ice moon paints the Smoky Hill with memories of the buffalo; and where bluestem rises. Along the way we encounter a host of curious characters—ranchers, farmers, Native Americans, and outdoor enthusiasts—all fellow travelers in a quest to know, preserve, and share the last wild places of Kansas. 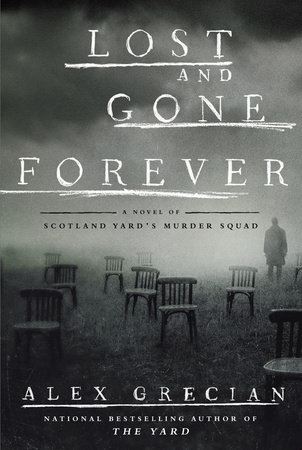 It is 1891, and the Murder Squad is going through difficult times. Sergeant Nevil Hammersmith just set up his own private detective agency. Inspector Walter Day has been missing for a year, and no one knows where he is- though there is a strong suspicion that Jack the Ripper has him. Hammersmith has made finding Day his primary case. A pair of menacingly polite bounty hunters who call themselves Mr. and Mrs. Parker complicates his search. It is only gradually that he comes to realize that they are not what they seem. No gruesome detail is spared in this hunt for Victorian England’s most famous serial killer. 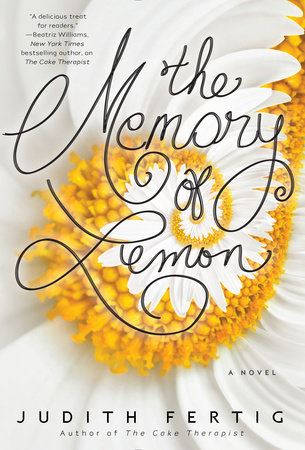 The Memory of Lemon: A Novel by Judith Fertig (Overland Park)
Published by Berkley Books

Claire “Neely” Davis is no ordinary pastry chef: she can “taste” people’s emotions, sensing the ingredients that will touch her customers’ souls. Her gift has never failed her—until she meets a free-spirited bride-to-be and her overbearing society mother. The two are unable to agree on a single detail, and their bickering leaves Neely’s intuition frustratingly silent. Between trying to navigate a divorce, explore a new relationship, and handle the return of her long-absent father, Neely is struggling to make sense of her own conflicting emotions, much less those of her hard-to-please bride. But as she attempts to craft the perfect wedding, she’ll uncover a family history that proves how the sweet and sour in life often combine to make the most delicious memories. 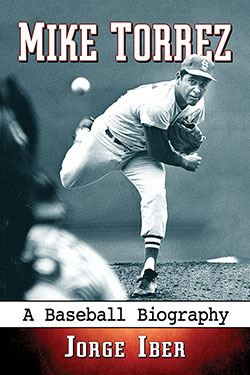 Baseball is filled with players whose careers were defined by one bad play. Mike Torrez is remembered as the pitcher who gave up the infamous three-run homer to Bucky Dent in the 1978 playoffs tie-breaker between the Red Sox and Yankees. Yet Torrez’s life added up to much more than his worst moment on the mound. Coming from a vibrant Mexican American community that settled in Topeka in the early 1900s, he made it to the Majors by his own talent and efforts, with the help of an athletic program for Mexican youth. “His story bears witness to the importance of athletics to an ethnic community, and how this endeavor can be utilized to challenge assumptions about an ethnic group.” 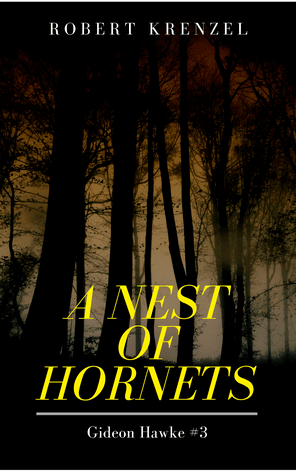 A Nest of Hornets by Robert Krenzel (Shawnee)
Published by CreateSpace

Winter, 1777. After the American victories at Trenton and Princeton the British have withdrawn to a handful of overcrowded positions in Northeastern New Jersey. The British must venture into the Jersey countryside to seize supplies. But the Continental troops and Jersey Militia will challenge every British foray: one British officer will describe the experience of walking into an American ambush as stumbling into “a nest of hornets.” Gideon Hawke, Ruth Munroe, and their comrades are in the thick of the fighting. They soon discover that someone on their side is a spy. Will they find and stop the traitor before it is too late? YA 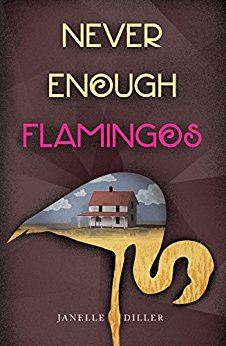 Rural Kansas during the Depression is not the life Catherine “Cat” Peters would have chosen, but the young Mennonite girl doesn’t have much say in it. Driven to the edge of bankruptcy, Cat’s family is desperate. Fortunately, wealthy Simon Yoder generously saves them with a loan. He doles out small but critical amounts of cash to the financially beaten-down Mennonites and employs some of the teenagers. In return, he receives undying gratitude and less than savory perks. The theme of avoiding conflict to keep the peace is balanced with lively disarming humor. 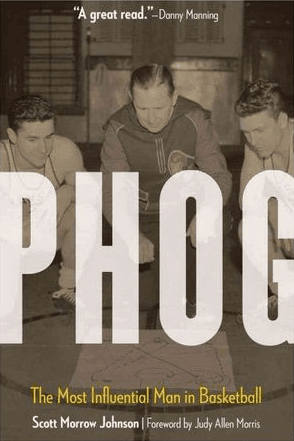 Forrest “Phog” Allen arguably influenced the game of basketball more than anyone else. Allen took basketball from a gentlemanly, indoor recreation to the competitive game that would become a worldwide sport. Succeeding James Naismith as the University of Kansas’s basketball coach in 1907, Allen led the Jayhawks for thirty-nine seasons and holds the record for most wins at that school, with 590. He also helped create the NCAA tournament and brought basketball to the Olympics. Allen changed the way the game is played, coached, marketed, and presented. This biography reveals Allen as a master recruiter, a transformative coach, and a visionary basketball mind.

Everyone knows the name Buffalo Bill, but few these days know what he did or, in some cases, didn't do. Was he a Pony Express rider? Did he ride with Wild Bill Hickok? Did he "scalp" countless Native Americans, or did he defend their rights? Follow the life of William F. Cody, from a childhood marred by tragedy to an adolescence that flirted with poverty and rebellion to an adulthood in which William transformed himself into Buffalo Bill and took the world by storm with his inventive shows and demonstrations. With copious archival illustrations, this book makes the great showman—perhaps our first true global superstar—come alive. Grades 5-9. 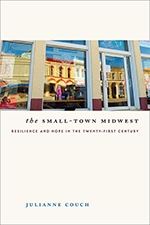 The Small-Town Midwest: Resilience and Hope in the Twenty-First Century by Julianne Couch (Bellevue IA)
Published by University of Iowa Press

This book sets out to illuminate the lives and hopes of small-town residents. While most people in the United States live in urban areas, there are nearly fifty million living in small towns of just a few thousand or less. In her travels throughout the Midwest, the author found places where people have deep family roots or enjoy short commutes and familiar neighbors. These people are embracing entrepreneurial innovation, repurposing schools and committing to their community. The towns of Norton and Sedan were selected to study Kansas. “Every day, through acts of stubborn resilience, this region seems poised to reinvent itself, to grow new hope, to teach new lessons.”